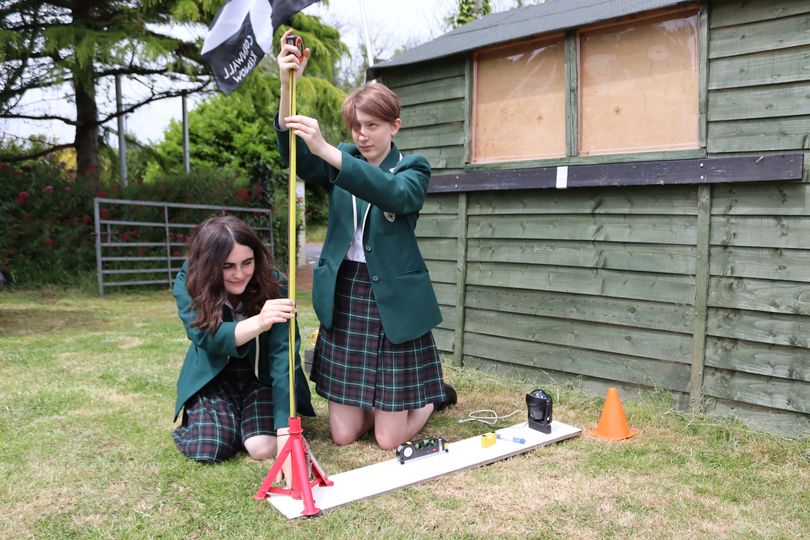 Cornwall Spaceport about to launch its first satellite this summer maybe as early as July – keep eyes and ears open for updates!

The Summer Triangle of bright stars.

The three bright stars of the Summer Triangle are more dominant now just East of centre. They are Vega in Lyra, The Harp; Deneb in Cygnus The Swan; and Altair in Aquila The Eagle. They become easier to spot as the summer goes through.

The Sun is getting active now with a lot of Sun spots. The best way to observe the Sun is via www.spaceweather.com and it will even give you alerts when something special is occurring. Watch out for noctilucent clouds again this month. best seen through a binocular.

Of course on the 21st of June it was the Summer Solstice which marked the date when the Sun was over the tropic of Cancer, is at its highest for the year. Also, the greatest length of daytime. Indeed it does not really get proper dark this month. Amazingly it is possible to measure the polar circumference of the Earth using nothing more than a shadow stick some knowledge and a little bit of maths.

The Full Moon in July is known as the Buck Moon in the US.

The naked eye planets are still visible in the predawn sky is a large arc along the ecliptic.

BBC Sky at Night this month covers the “new” solar probes and concentrates on the Parker Solar Probe (NASA) and the Solar Orbiter (ESA) These Probes comes closer to the Sun than any of their predecessors Times: BBC Four, 11th July @ 10.00pm  Repeated on BBC Four, 14th July @  (tbc), then on iPlayer. Check bbc.co.uk/skyatnight for the latest updates.

Brian Sheen runs the Roseland Observatory which is based in Truro High School for Girls.

Measuring the diameter of the Earth