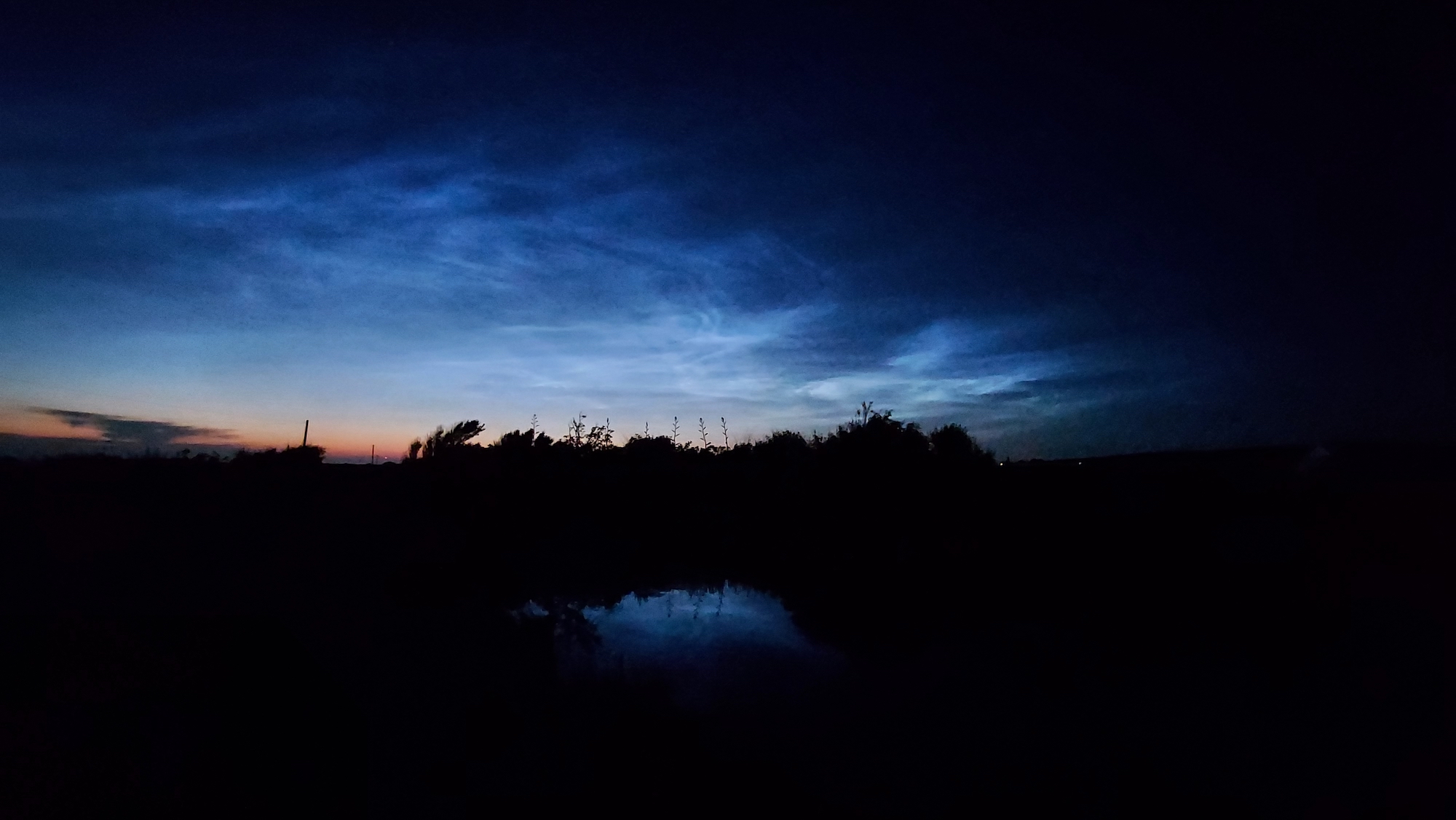 The Black Hole – Imaged at last, the rather strange orange fuzz around the black disc is really the Event Horizon. Consider a 30 cm diameter sphere as a Black Hole completely surrounded by 15 cm of orange smoke. Look at the BH face on and the black disc is where the BH is lurking. It is thin enough to see right through, it to left and right the smoke is up to 60 cm from top to bottom and is therefore sufficient to be seen. The Event Horizon is caused by the last gasp of matter falling into the Black Hole. Current thinking is that every galaxy has a Black Hole at its centre to hold the entire thing together. Ours is called Sag A8

The Sun is getting active now with a lot of Sun spots. The best way to observe it is via www.spaceweather.com and it will even give you alerts when something special is occurring. Watch out for Noctilucent clouds although these look a bit lie cirrus clouds they are much higher in the atmosphere. They are caused by rays of the Sun striking high dust particles after the Sun  is below our horizon  so look north and hopefully you will be amazed. Well seen through a binocular.

Earth & Sun – Of course on the 21st of June it is the Summer Solstice which marks the date when the Sun is over the tropic of Cancer, is at its highest for the year. Also, the greatest length of daytime. Indeed it does not really get proper dark this month.

The Full Moon in June is known as the Strawberry Moon in the US.

The Planets –. There are no planets in the evening sky this month.

Sky at Night – Features the Astronomer Royal at 80 he looks back at some of the biggest discoveries of the last 50 years.